GET TO KNOW YOUR
Defense Law Firm

After an arrest, you need to find a skilled criminal defense law firm with local experience.

Learn your Constitutional rights and how you can take the necessary steps to protect them.

Get the facts
HAVE YOUR
Case Reviewed

Fill out our online case analysis form to reach out to our firm. We’ll review your case for free! 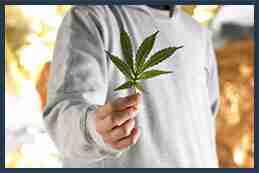 If you’ve been accused of any type of drug charge–from possession of marijuana, ecstasy or methamphetamine to possession of cocaine with intent to distribute–you need an attorney who understands what needs to be done to protect your rights.

The most common drug charge in Williamson County is possession of marijuana amounting to less than two ounces, commonly referred to as POM. Most people accused of Possession of Marijuana in Texas have generally been found with small amounts of marijuana for what is presumed to be for personal use. The drugs are often found during traffic stops that involve either consensual or probable cause searches. If charged with a Class B Misdemeanor, possible consequences include up to 180 days in jail and a fine of up to $2,000. In addition, a statutory 180-day driver’s license suspension is imposed on a drug conviction.

There are many potential defenses for drug charges. If you have been accused of Possession of Marijuana or another drug charge, it is important to contact a Georgetown criminal defense lawyer to discuss your options before making statements to police officers, detectives, prosecutors or anyone else.

There are multiple criminal defense options available for people who have been charged with crimes in Williamson County. You may qualify for a special program called the Pre-Trial Intervention Program. This is a six-month program that is only an option for first-time offenders. Under this program, you are able to avoid prosecution if you remain law-abiding and follow all the other terms of the program. Additionally, successful completion of the program will result in your charge being dismissed, which means you will be eligible to expunge the arrest and charge from your record.

One must apply to the Pre-Trial Intervention Program through an attorney. While it is a good option for many people, it’s not for everyone. It is important to have an attorney review your case to determine whether the prosecution has sufficient evidence against you before considering this option.

Sometimes, it is unclear who was responsible for bringing drugs into a home or vehicle. A traffic stop and search may also turn out to have been illegal because the police did not have sufficient justification to search you and did not get valid, voluntary consent.

As your attorney, I will examine all of the evidence against you, including the police report and any existing video, before advising you about your criminal defense options. Don’t hesitate to reach out to me if you’ve been charged with possession of marijuana or any other drug crime. I also handle prescription drug cases, call my firm today!